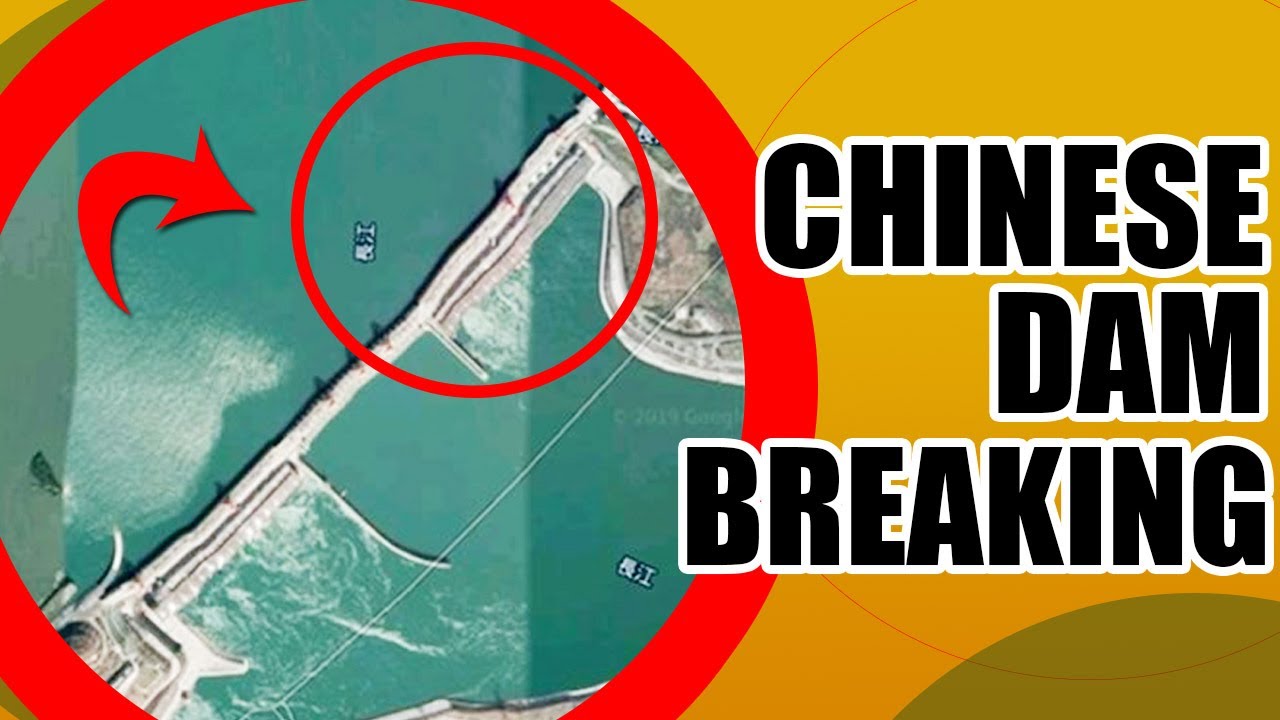 On its very first day in action, hairline cracks appeared in the concrete. Repairs were not made. 11 years later, the Three Gorges Dam still operates on China’s longest river. The Chinese government, or CCP’s, infamous lack of transparency usually makes it hard to predict looming disaster within the country. But in the case of Hubei Province’s Three Gorges Dam, it’s terrifyingly obvious. Its reservoir can hold 42 billion tons of water. So where does that water go if the dam breaks? As floodwaters rise and literally bend the concrete structure, it’s not looking good for the millions of people downstream. Or even for towns upstream, thanks to the dam’s bizarre environmental effects. We’re gonna walk you through 5 reasons why the dam is failing and spelling disaster for millions. We know this topic’s a bit scary, so feel free to share your thoughts on today’s video by commenting, liking, and hitting the bell.

5. The Government Was Scared to Build it In the First Place China’s government usually embraces ambitious industry, energy, and economic projects. Often heedless of environmental concerns. The Three Gorges Dam was intended to produce hydroelectric power, reduce flooding, and create a deeper shipping channel. 2.  Sounds good, doesn’t it? But potential risks of the dam scared many CCP official from the beginning. That’s a huge warning bell, because it’s exactly the kind of project they would normally support unanimously. But many engineers and officials were concerned about environmental, humanitarian, and economic risks of building such a large dam. In fact, they suggested building lots of smaller dams instead, to mitigate the risks. Individuals in the CCP are usually scared to stand out or oppose big projects. But a third of them abstained or voted against building the Three Gorges Dam. Construction proceeded anyway and permanently forced 1.2 million people out of their homes. That’s 1.5% of the entire province’s population. Not to mention the 140 towns, 13 cities, and 1600 historical settlements that were also destroyed to make way for the dam. Not a good start, but it gets even worse.

4. Substandard Materials If you saw hairline cracks in your coffee cup, wouldn’t you throw it out? The first time the dam’s reservoir was being filled, up to 80 hairline cracks appeared in the concrete. Chinese hydrologist Wang Weiluo later wrote that substandard concrete was used to build the dam in the first place. He also pointed out that the dam is composed of individual blocks. The problem is that the blocks are not sunk into the bedrock. They’re all basically sitting on the ground. It wouldn’t take that much for the dam to simply be swept away. It literally sits on a shaky foundation. And Wang pointed all of this out back 3.  in 2019, even before 2020’s record rainfall came into play.

3. Failed Inspections It’s not a good sign that the same team of people planned, built, and inspected the Three Gorges Dam. In other words, nobody truly objective was responsible for safety standards. A Western team of engineers was brought out to the dam to pass its own judgement. This outside team voiced concerns that the steel rebar was subpar and that the dam could break. But the warnings were ignored and the materials were never replaced. The dam’s hazards appear to have been an open secret from the beginning. Very tellingly, when the dam was finally completed in 2009, not a single member of the CCP showed up for the opening ceremony. China generally loves to put on a show and celebrate accomplishments. So clearly government higher ups didn’t have any real faith in the dam. Why else would they shun an opportunity to brag about the most productive hydroelectric station in the world?

2. Bending Photos The Great Chinese firewall blocks its people’s access to Google. But that doesn’t prevent satellites from getting Google Earth photos of China’s terrain. And images of the Three Gorges Dam do not look pretty. A 2009 photo of the freshly completed Three Gorges Dam looks pretty slick. It’s a neat, straight line of concrete. Nothing remarkable. But then you see changes in later photos. A 2018 satellite photo shows that the concrete had begun to bend and warp.

The CCP claimed that this was due to poor image processing from the satellite. But further photos from 2019 and 2020 also show the concrete bending. It doesn’t take a genius to see that the dam has changed. And the CCP can claim that this bending remains within normal limits, but we’re not buying it. See the supposed 2020 photo? We’re pretty sure it’s been edited. Heavy summer flooding usually makes for muddy brown water. This water’s pretty blue color seems a little too clean, given the heavy flooding. Except at the edges, where you can see the color abruptly change, as if a line was drawn across the river. It looks exactly like a bad Photoshop job. What, exactly, is the CCP trying to hide?

1. Floodwaters Rising Now, maybe the dam could withstand the Yangtze River’s normal annual flooding. But record high rainfall is pushing the envelope. 148 other rivers have already exceeded safe water levels. Flooding in 27 provinces has already killed 141 people and collapsed 28,000 houses. And that’s just the result of natural rivers flooding. Add a torrential downpour to the dam, and you’ve got a ticking time bomb. On June 29th, engineers opened the dam’s floodgates to discharge water. Despite this, as of July 18th, the reservoir’s water level is six feet above the warning level. Clearly, the unusually heavy torrential rains are too much for the Three Gorges dam to handle. The dam is currently reducing the river’s normal downstream flow by 45%. But what happens to that other 55% if the dam breaks? 510,000 tons of steel 5.  went into building the Three Gorges dam. That is 60 EIffel Towers’ worth of metal. What happens when that mixes with 42 billion tons of released stormwater? Cities downstream include Wuhan and Shanghai. Dam-created flooding could do incalculable damage. No wonder Wuhan is at a code red flood warning–aka the most severe warning in China’s four level tier.

Engineers and hydrologists have been warning about the Three Gorges Dam breaking for years now. And that was before 2020’s torrential downpour. Best case scenario, engineers will discharge the water in a way that floods and destroys smaller towns and cities. Not to mention continuing environmental damage.

Worst case scenario, 42 billion tons of water will careen down the Chinese countryside and make its way to commercial centers like Wuhan and Shanghai.

It’s a little too late to fix the dam. But thanks to brave warnings issued by engineers like Wang Weiluo, maybe evacuations and preparations can be done before disaster fully strikes.

With that in mind, feel free to like, comment, and subscribe. If this video scared you a bit, cheer up. Go check out some of our cute, inspirational, and funny videos. We can provide the smiles, too.